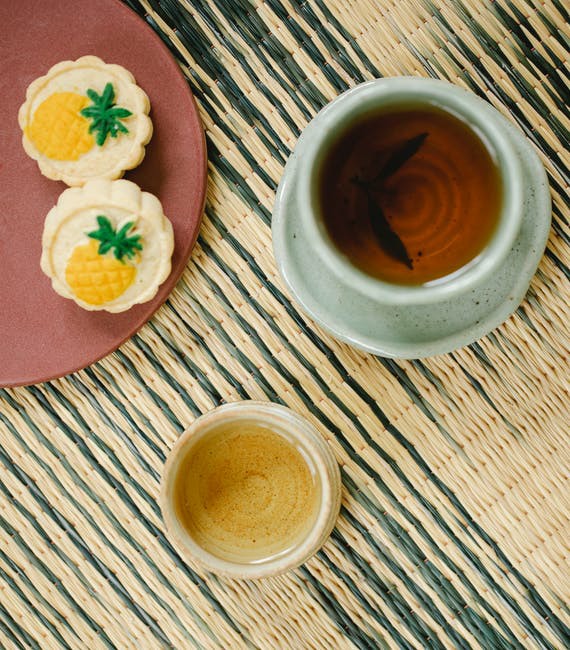 What’s the difference between afternoon tea and a traditional tea ceremony? Which one is full of milk and sugar and scones, and which one is a more solemn affair? Most importantly, should you expect to drink green tea or black tea when you arrive?

When it comes to black tea vs green tea, you’ll want to know your purpose and your palate! Both types of tea come from a single plant, which is grown on tea farms all around the world. The major differences in flavor and function come from subtle differences in the harvesting and production process.

Culturally, however, the two preparations could not be more distinct!

While black tea and its varietals are popular in the west, green teas dominate in eastern cultures. We’ve put together this guide to teach you about how they differ, as well as where you’re likely to enjoy one cup or the other! Keep reading, lest you find yourself bringing clotted cream to a tea ceremony or a bowl and whisk to high tea with the Queen!

Green tea and black tea both come from the same source: the Camellia sinensis plant. The leaves of this shrub are the “tea leaves” that you can find in loose leaf teas or tea bags around the world. Except for herbal teas, all tea originates with this evergreen bush.

If you’ve tried both tea types, you might find this perplexing. How could such distinct flavors originate from one plant? The secret is in the way that farmers process their leaves. Once picked, black tea and green tea undergo distinct forms of processing that are entirely responsible for their unique color, flavor profiles, and aromas.

Your favorite green tea and your favorite black tea may have even begun their lives on the same farm! Processing does vary by country, however. Chinese and Japanese black teas, for example, may undergo completely distinct processing.

What Is Black Tea?

Black tea comes from the leaves of the Camellia sinensis plant but undergoes oxidation after harvesting. Oxidation is a process during which enzymes in the air interact with and change organic substances. This process is responsible for the dark color and rich flavor of black teas, such as breakfast teas.

Think about what happens to an apple after you take a bite and set it down on the table. When you return to the apple later, the pale flesh of the apple will have become dark in color. When you take another bite, the flavor will have changed in subtle but significant ways.

This is the goal when processing black tea. The tea air dries completely before it ever reaches a teacup. This helps the unique flavor profile of black tea to develop.

As a result, black tea is traditionally lightened with milk and sweetened with sugar. It’s the main component of traditional English tea services, such as afternoon tea or high tea. Your hosts will serve it along with sandwiches, scones, and other baked goods.

Black tea is the most caffeinated form of tea, which makes it popular as a breakfast tea.

The name “black tea” only describes how farmers process the tea leaves. Many different types of tea fall under the umbrella of black tea, each with a unique flavor and caffeine level.

A few common types of black tea include:

When deciding on green tea vs black tea, you might consider your preference for a savory vs sweet drink. Black tea is delicious black as well as sweetened. Green tea, however, is rarely sweetened.

What Is Green Tea?

When comparing black vs green tea, pay attention to the oxidation process. While high oxidation is the goal when processing black tea, it’s the opposite with green tea. Right after harvesting, green tea undergoes a process called “firing” which prevents chemical reactions from affecting the fresh leaves.

Because green tea leaves aren’t exposed to the air, they never turn brown. They remain pale and light, and the brewed tea takes on the same properties.

The firing process involves heating the leaves just enough to prevent oxidation. In China, it is common to pan-fire green tea leaves right after harvesting. In Japan, they utilize a steam-firing process that yields a unique, fresh flavor.

The natural, grassy flavor of green tea means it doesn’t need milk and sugar. It is a more savory beverage and goes with meals rather than sweets. Tea ceremonies involving green tea have cultural significance and are more about ritual than conversation.

The amount of caffeine in a cup of green tea is entirely dependent on the steep time. The ideal cup should only steep for a few minutes, yielding a lightly caffeinated cup. If you leave your green tea to steep for a longer time, however, you can anticipate caffeine levels similar to black tea.

There are many different flavors to try within the realm of green tea. These flavors may come from the ways manufacturers cut the leaves. Often, other flavors are added to bring out the flavorful notes of the leaves.

Some common types of green tea include:

Many of these types of tea demand specific, ritualistic preparations. Both preparing and drinking the tea are part of the experience of enjoying it!

Ultimately, black tea is any highly oxidized tea with a deep flavor, most likely served in the West. In contrast, green tea is a lightly oxidized tea with a light flavor, most likely served in the East. There really is no debate between black tea vs green tea – they are both delicious options that have earned their place in cultural rituals throughout the world!

Curious about what other things are going on around the world? Check out the rest of the blog for a range of informative posts that will make the earth seem like a much smaller place!

How Trails Carolina Helps Their Students Stay Caught Up Academically

Take Charge of Your Career: How to Further Your Training in 2022