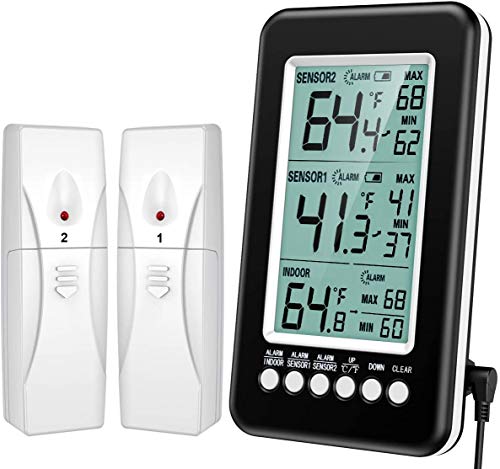 Frozen food gets a lot of bad rep, commonly thought to be an inferior product. Maybe this is a remnant of frozen dinners that were first popularized in the 50s, but you should know that the industry has come a long way since then.

People who know a few things about beef will often buy their steaks and other cuts from boutique butchers in bulk. They may even have a wifi freezer alarm to make sure nothing thaws and refreezes. The fact is, that flash freezing methods used in these facilities are able to preserve freshness for longer without damaging the quality of the food. When comparing the beef you’d get from the supermarket, which has been sitting around in a fridge for hours before you buy it – frozen beef is actually much fresher because it is usually frozen within minutes from the animal being butchered. The same concept applies to fish. Also, much of the fish you can find at supermarkets is actually bought frozen and thawed partially at the counter to give you the illusion of freshness.

One particular vegetable stands out when it comes to freezing – peas. The time it takes to transfer freshly harvested peas from the farm to the store; and then to your home; is sufficient for it to lose a lot of it’s fresh sweetness. That is why buying frozen peas (which are usually flash frozen at their peak ripeness) is preferable. The only other way to consume green peas that is considered better is to actually be standing in a farm and having them soon after they are picked.

Because freezing preserves food for a long time like canning does, many people assume that freezing causes a loss of nutrition in much the same way that canning does. In reality, the canning process introduces heat to foods, which is the point at which many vitamins and nutrients break down. It is not the long preservation time that causes nutrition loss, but the introduction of heat. Since freezing does not apply at heat (obviously), this does not apply to frozen foods.

The freezer you have at home does not reach the extremely low temperatures that a commercial flash freezer can. When food is frozen slowly (in your home freezer), water in the food has time to expand into ice crystals that can rupture and damage the structure of the food. This is known as freezer burn, and it is the reason fruits get mushy when frozen at home. However, flash freezing methods introduce extremely low temperatures at the beginning of the freezing process quickly. This means that there is not enough time for larger crystals to form, and the foods are preserved without any structural damage. This is why the frozen berries you get from the grocery store do not clump together and tend to be less mushy than berries frozen at home.

In short, freezing foods is now an advanced technology that allows food manufacturers to preserve freshness without any compromises. Don’t be afraid to shop in the frozen aisle, a lot of those foods may be considered fresher than you think.