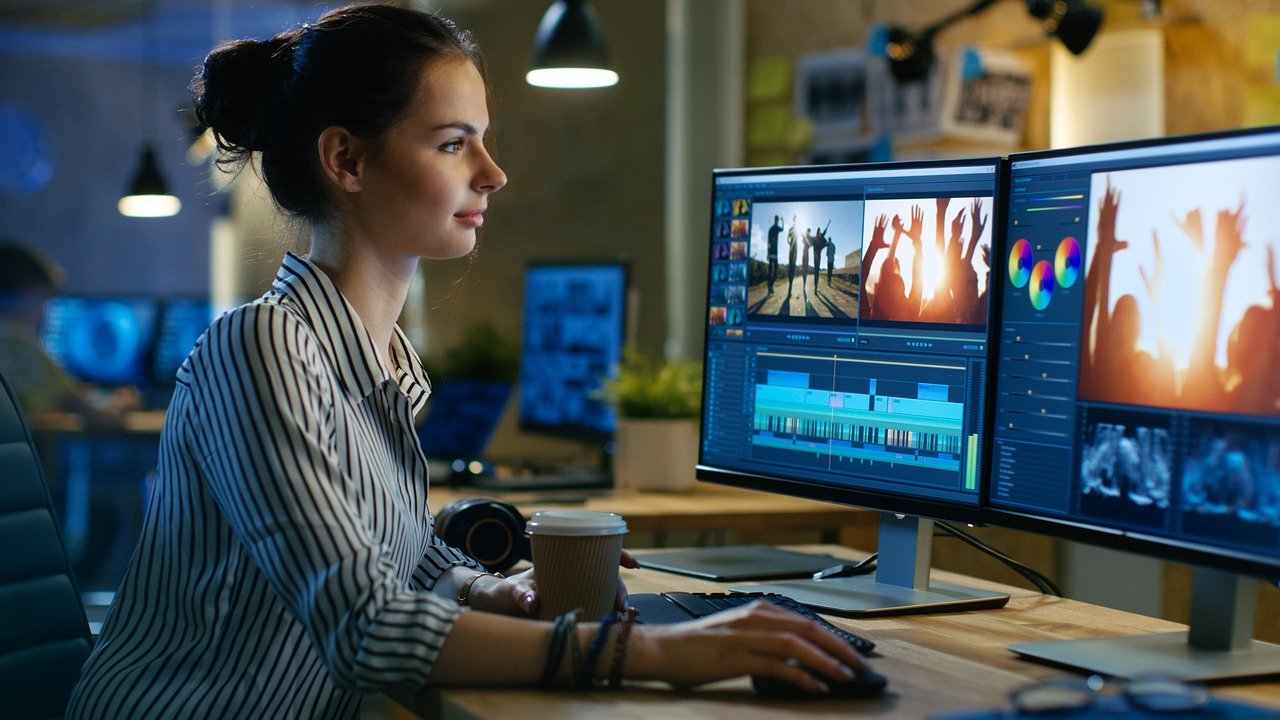 We understand video editing is a vulnerable job, you have to think a hundred times before hopping into this creative world. Your mind would be boggling with weird yet important questions but at the same time, you are susceptible to ask them. Do you think you might sound too low or something? Don’t worry! We have compiled a list of everything you wanted to know about video editing but were too afraid to ask.

Is video editing way too difficult…?

Video editing can be as basic or as complex as you want it to be. However, no matter how complicated you want the end product to be, you will find the process considerably more fun if you take a few minutes to plan ahead of time, especially before you begin recording any footage. It still requires a lot of expertise and skills to edit videos effectively and that is why many brands and people use professional video editing services.

What does a video editor basically do…?

Video editors use digital and creative technological abilities to put together unedited footage in a cohesive manner that can be distributed. Because exceptional video editing is one of the arts acknowledged in prominent entertainment prizes and festivals, it is often seen to “make or break” a film.

A video editor is a person who is in charge of editing the raw material captured during the production of a film. Film footage was shot on real strips of the film before the widespread usage of more contemporary digital video cameras. Certain scenes have to be physically chopped and spliced together by video editors. The majority of video editing work nowadays, however, is done with digital footage and computers.

Typically, a video editor will sit down with the director, and maybe the producer, and examine hours and hours of raw material. They’ll then select which sequences should be saved and which should be eliminated as a group. After you’ve chosen and blended all of the final footage After that, a video editor will frequently collaborate with a sound effect editor.

Is it worthwhile to study video editing…?

Before you start learning Video Editing or anything else, you should figure out why you want to learn it in the first place: to earn money or to build a professional career around it. You should go for it if you have a passion or interest in movies, media production, VFX, or any other relevant topics and want to build a career out of it.

How much does a video editor make…?

For the appropriate people, video editing employment can be highly rewarding. The average compensation for a video editor was $58,210 in 2017, according to the Bureau of Labor Statistics, with the highest salaries in the motion picture sectors. However, the pay of a video editor is typically determined by a variety of circumstances.

In production studios or television stations, most video editors begin their careers as editing assistants or apprentices to senior editors. They could begin by editing movies and TV shows. Talented video editors may be able to advance to senior video editing positions after getting more experience. Video editors are frequently available to work as freelancers. While some freelance video editors work on feature films and television series, the majority of them work on short films and web videos.

How long does it take to become proficient in video editing…?

Which software should I start with…?

Video editing software is a programme that allows you to change or edit the content of a video file. A video editor can be used to eliminate sections of a movie, crop and arrange a video to improve its flow and add effects to the video.

Each form of editing software has a period of adjustment, and the degree of options the software contains is directly proportional to the amount of time it will take you to master it.

Consider whether you only need the essentials, such as drag-and-drop editing, AI portrait, AR stickers and a short learning curve, or whether you want to invest time in learning a more complicated (but more feature-rich) video editing programme with new features.

Now that you’ve got your answers, you might look for software to start with, right? I mean that would be the first step you would take right after you leave this article. Allow us to introduce you to a fantabulous tool- Easy on the pockets, filled with features and super innovative.

Starting afresh is far more difficult than choosing a template. Considering its modest price, Filmora lifted my spirits. As a beginner, I spend the majority of my time scrolling via its enormous portfolio of attractive and advanced video themes. Its brand new 4 features are:

A set of wonderfully engaging and cheerful AR stickers to be employed over human faces that will be automatically detected. You will get a pack of 40 AR stickers that are filled with beauty- I tell you.

In this era of technology, everyone loves to get their hands on latest technology. Therefore, the latest version of Wondershare filmora offers an Integrated Artificial Intelligent technology to automatically remove the background of any video of any format instantly. The best thing about this feature is that a user won’t require any Greenscreen or Chroma key effects to highlight the front object. Being an unique feature you can’t find it in any other video editing software. As per the increased demand, we can expect it to be a very crucial feature for gamers, educators and content writers.

How valuable this feature is! Sluggish media is the static media, and its fashion is gone. Custom animation titles and graphics are important facets and in filmora, it is easily done with keyframing.

With these breathtaking elements, video makers of any ability level may create magnificent videos by incorporating media directly from the stock sites into the video.

We hope all your quests for answers end here. We have also helped you with informing you about the best software, even though there are tons of tools available but they all are either too complex or too pricey. Filmora has none, only the best.