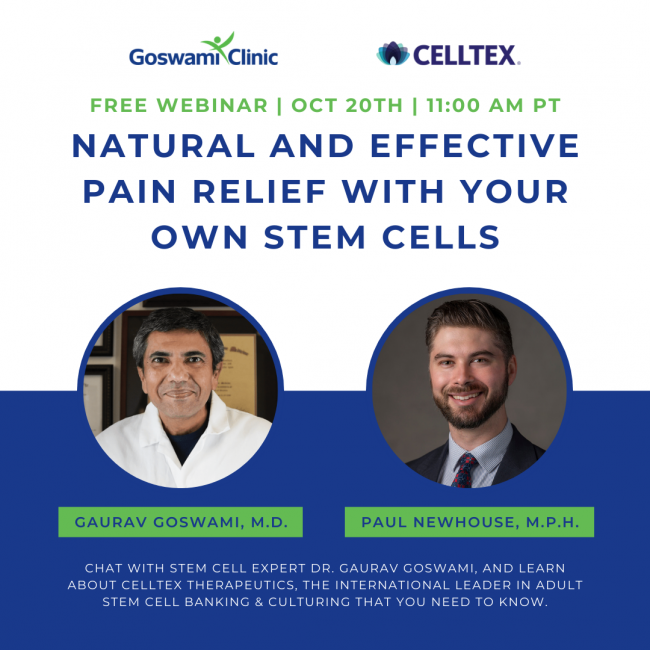 Medical science has come a long way in recent years. With technology advancements, state of the art laboratory facilities and an ever increasing budget, doctors and scientists are quite literally fulfilling miracle feats every single day.

One such doctor is Dr. Gaurav Goswami, of The Goswami Clinic. The doctor has decades of experience in the medical field, and is lucky enough to have been certified by the American board of regenerative medicine. Having specialized in non-invasive procedures and sports-injuries, he has spent the past decade attempting to reinvent and define regenerative treatments.

A Californian doctor who wasn’t content to just mask a person’s symptoms with short term relief, Dr. Goswami turned his attention to ‘cell therapy’. Cell therapy is an interesting area of science which places its focus on stem cells and how they can be utilized to help people recover from various injuries and diseases.

The idea behind cell therapy is that by using a person’s own cells to repair injuries, true recovery is possible. Instead of just suppressing symptoms like many other treatment methods, cell therapy is designed to truly target problem areas and get to the root of the issue. Something that Dr. Goswami values greatly. 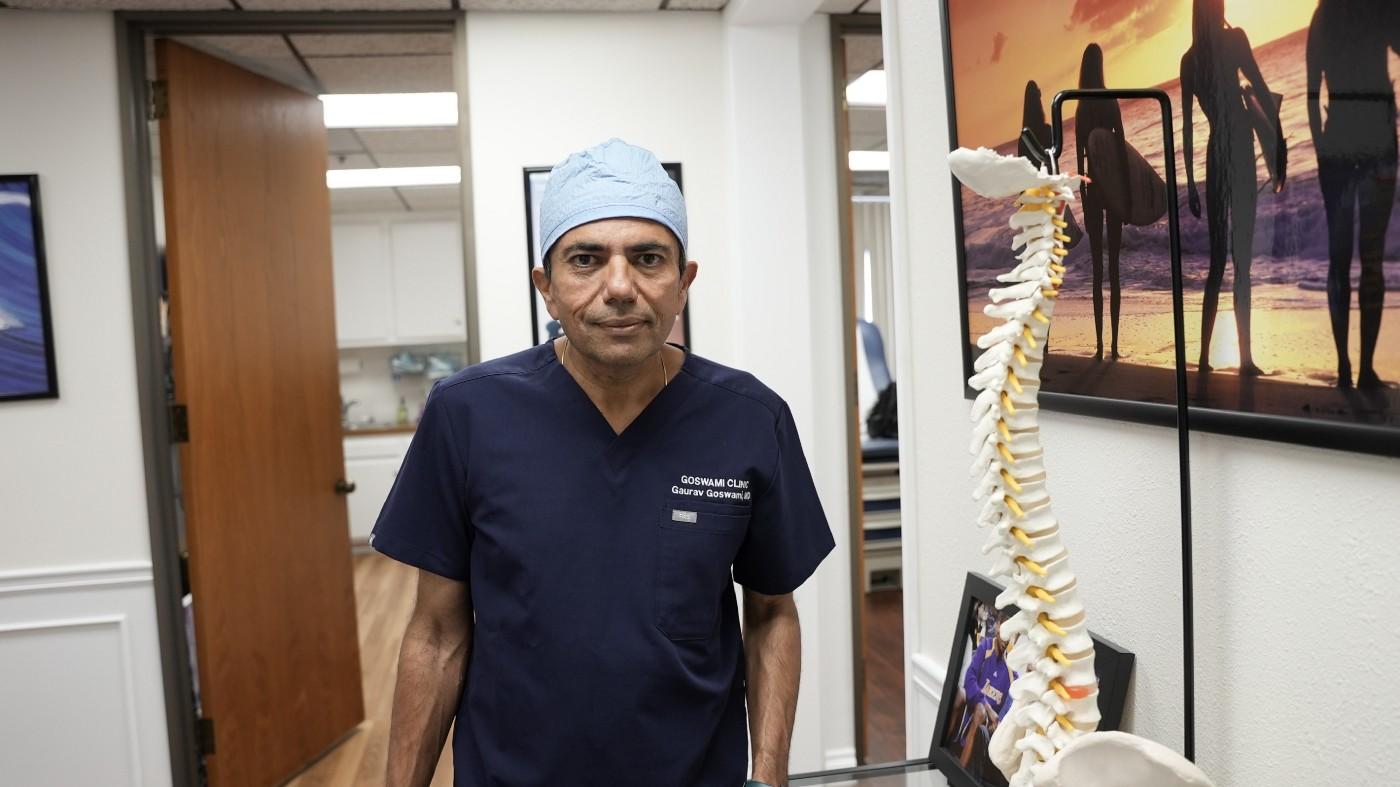 These advancements in science allow men like Dr. Gaurav Goswami to help our world’s heroes.

Gelder was an Australian Naval Diver who, in a tragic incident, lost two of his limbs to a 9ft long Bull shark during a dive.

But he didn’t let this stop him. Thanks to the advancements of science, and men like Dr. Gaurav, Gelder was able to continue his career in the Australian Navy as a diving instructor to new recruits.

This continued for another three years, until 2012 when he decided to leave the Navy and pursue a different career.

Since his days in the Navy, Gelder hasn’t let his amputee status slow him down a single bit. He has found his passion as a motivational speaker and educator, traveling all over the world to teach people all about the environment and the animals that inhabit it.

Even sharks! Despite the trauma he suffered at the fins of one earlier in his life.

Often found advocating for sharks, and other types of wildlife, the environmentalist has even appeared on 12 documentaries for Shark Week, and innumerable shows as a guest speaker where he spends his time trying to change people’s opinions of sharks.

Thanks to the work of Dr. Gaurav Goswami and the doctors and scientists before him, people like Paul De Gelder can continue to live their lives to the fullest without pain or discomfort. A luxury which many people haven’t had access to in previous years.

The benefits of advancements such as cell therapy are remarkable. Dr. Goswami and his colleagues at The Goswami Clinic are working to change the lives of all, with their groundbreaking research.

With Your Own Stem Cells and, here is the link for the registration:
https://us06web.zoom.us/webinar/register/WN_id_WCpBLQneYnY6mD5ML8Q

How Often Should You Schedule a Dental Cleaning?

The Benefits of Owning a Portable First Aid Kit