How to Get a Cannabidiol License Using Cannabis License Services 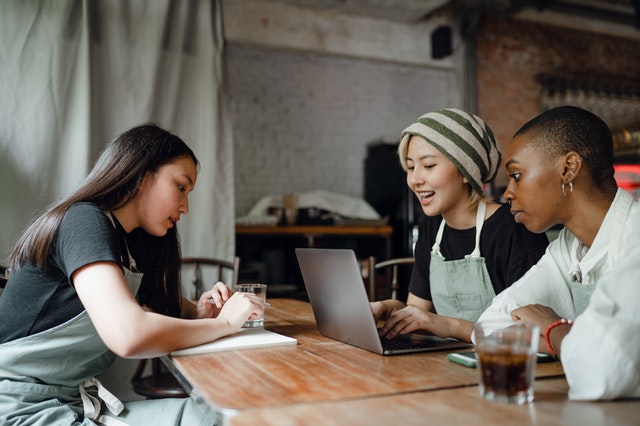 The legalization of CBD sales and use has always been a hot topic in the United States for decades. The growing number of research studies also motivates political policies since it is proven that it can be used for medical purposes, including reducing anxiety and killing cancer cells.

The polls show that more than half of the American population supported its legalization in the recent elections. The public also expected the political candidates to give their propaganda on the issue. The Drug Policy Alliance (DPA) agrees that Cannabidiol should be legalized for medical use, prioritizing the people’s social justice, fairness, and communion.

The CBD industry also allowed for commercial availability; thus, job opportunities, tax revenues, and export investment opportunities increased over the years. These paved the way to improve economic benefits in the entire country. However, state and federal policies need to be considered when starting a business in the industry. Working with a company that handles cannabis license services will definitely lessen the hassle and stress.

Starting a Business in the CBD Industry

The policies for the this industry in the US vary from state to state. As an aspiring business owner, it is better to understand the do’s and don’ts first to avoid complications and legal consequences. And sometimes, it can be a tedious task if you do not have relationships with state agencies for licensing applications. It is essential to look for CBD agencies that can cater to your licensing needs, especially when planning to start a business in the industry.

At All Cannabis Licenses, we aim to assist entrepreneurs and business owners in applying for state-specific permits while complying with state policies and maintaining communication with local and state agencies. We also research the documents your company needs to request and submit from your local and state municipalities.

In addition, our cannabis license services ensure the provision of security plans, inventory control plans, transportation procedures, and quality control procedures for your business. CBD state trademark registrations and all necessary contracts, such as distribution, retail, purchase, and supply agreements, shall be issued.

Getting a Federal License for your Company

On December 18, the Drug Enforcement Administration (DEA) of the US published a final regulation that aims to increase the number of officially permitted CBD producers for research from the existing grower, the University of Mississippi. The goal is to permit up to at least three and up to 15 or more.

Applicants must follow restrictive standards to receive a federal license, including making a case for the public benefit. One option to achieve this is to file a drug development application with the FDA, but a few of the 35 applicants have accomplished so far.

With 42 states legalizing cannabis, there is reason to believe that change is on the way. However, it is still uncertain when the federal cannabis legalization measures in the United States will be passed into law as soon as possible.

Under federal law, tetrahydrocannabinol (THCs) and CBD are classified as hallucinogens. They fall under Schedule I of the Controlled Substances Act (CSA). It refers to all portions of the Cannabis sativa L. plant, whether they are growing or not, including seeds, resin, salt, compound, and derivative.

In addition, the Agriculture Improvement Act of 2018 made specific changes. In this case, hemp is defined as a cannabis plant with a THC concentration of less than 0.3 percent. As a result, hemp was pushed out from the CSA.

The 1970 Controlled Substances Act (CSA) makes cannabis illegal for anyone in the United States to use or possess cannabis for any reason. Cannabis falls under the category of Schedule I substance under the CSA, meaning it has a high potential to cause substance abuse and has no recognized medicinal benefit, criminalizing even the medical usage of the drug. State policies on medical and recreational cannabis usage, on the other hand, vary widely. Unfortunately, many states’ policies conflict with federal law. Furthermore, most Americans are still confused by the policies governing state-specific and federal cannabis licenses.

State-specific licenses allow businesses to cultivate and sell CBD. To begin, it should be highlighted that its cultivation and sale are still considered federal crimes. Despite any efforts to comply with state and municipal laws, it will not prevent you from facing federal charges. Regardless, anyone launching a CBD business can avoid the most severe matters by adhering to state and municipal regulations.

On the other hand, a federal license is given to facilities that need government permission to cultivate and produce it for legal purposes. Only the University of Mississippi has been federally licensed to produce this drug for FDA-approved clinical study since 1968.

Federal Laws for the Cannabis Industry

Despite federal prohibition, markets in states where residents have access to legal CBD are raking in billions of dollars. Beyond the uncertainty concerning criminal responsibility on the state-legal cannabis industry, the contradiction between federal and state CBD laws has generated complications in terms of economy.

Although CBD is considered a significant business now that it is legal in most states, the most common issues are trade and capital. And these two areas are controlled by the federal government. Here are some of the significant commercial problems that the federal criminalization of CBD has triggered:

Banks have always been hesitant to transact with Cannabidiol businesses because they are concerned that receiving deposits could violate federal anti-money laundering rules. Many Cannabidiol firms are cash-only operations that are vulnerable to theft because they lack access to financial institutions.

Markets have become unbalanced as a result of federal restrictions on interstate commerce. Cannabidiol is criminalized from crossing state lines, especially across states where the selling of this plant for medical purposes is authorized. Hundreds of pounds of the grug, for example, are rotting in Oregon because the state is unable to export it across state lines. The state cannot even export to Nevada, despite having medical cannabis permitted, but it is far more difficult to grow.

The farmers and other workers in this industry are still classified as drug dealers under the Federal Tax Code. Despite this, the firms must still pay federal taxes. As a result, unlike other businesses, these enterprises are not eligible for tax deductions. Moreover, payroll and operating expense deductions, for example, are not available to these businesses. These firms frequently face large federal tax obligations that must be paid in cash due to a lack of banking facilities.

Regardless of state legislation, scientists at universities and commercial labs who get federal funding must follow federal laws and regulations. The classification of this drug as a Schedule I substance under federal law significantly restricts its availability.

Why Both State and Federal Permits are Essential

The US Department of Justice (DOJ) abruptly ended the previous federal policy in 2018 during President Trump’s administration. The government said that federal prosecutors could pursue criminal prosecutions anytime state and federal CBD laws intersect. Due to this, most of these firms arrests are made by law enforcement officials under state law rather than federal law.

The Federal Bureau of Investigation (FBI) data from the same year states that police officers in the US arrested more people for CBD charges, usually in terms of sales and possession, compared to other substances such as narcotics. Consequently, your business may be affected by such state and federal laws. But securing both permits from the US government can help you with the problem. Reach out to us now for assistance in securing your state and federal business permits in the cannabis industry.