How Valerian Root Helps You Feel Relaxed and Promotes Sleep? 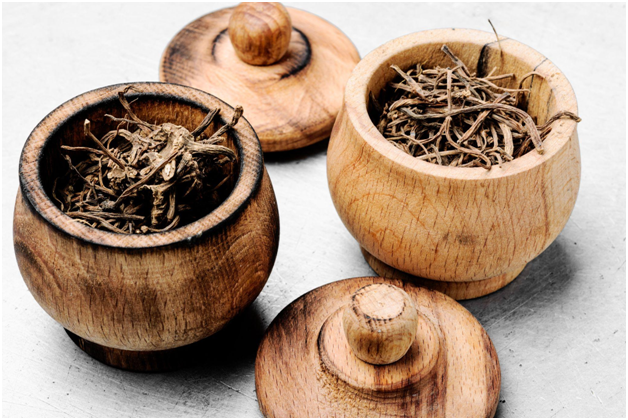 Valerian root, also known as “Nature’s Vallium”, is considered to be a natural remedy to emend your sleep cycle, it has been in use since many years. Valerian is primarily indigenous to Asia and Europe, only recently has it started being cultivated by other countries such as US and China. Perfume was made out of its flowers in earlier times, while its roots were used as a kind of medicine. Various substances accountable for its sedative properties, such as vaporous oils, give Valerian roots a rather earthy stench as compared to its pleasant smelling flowers. The extract from Valerian root is offered in the form of natural sleeping pills and liquid supplement. It may as well be served as tea.

Valerian root includes various substances– such as isovaleric and valerenic acids and a number of antioxidants– that could help you sleep better and feel less anxious. Isovaleric acid, like valproic acid, a medicine used to treat epilepsy, has been found to prevent abrupt or uncontrollable muscle spasms.

Low levels of gamma-aminobutyric acid (GABA), a key enzyme that controls and regulates nerve impulses in the brain and neurological system, have been associated with stressors that are known to trigger anxiety and insufficient sleep, according to studies. The interplay of Valerian with GABA has garnered considerable attention. Valerenic acid has been shown to stop GABA from being broken down in the brain, resulting in sensations of peace and serenity. Anti-anxiety drugs like Valium and Xanax function in the same way. Hesperidin and linarin, two antioxidants found in Valerian root, are believed to possess calming and sleep-inducing qualities. The amygdala, a region of the brain that interprets fear and intense emotional reactions to stress, may be suppressed by several of these chemicals.

It’s challenging to maintain composure when you’re worried. According to studies, valerian root might assist to alleviate nervous thoughts and emotions that arise as a result of stressful conditions.

A few other positive advantages of Valerian root that have been recorded are :

If you often feel anxious or have difficulty sleeping, you must have, at least once, considered to try a herbal treatment. Valerian is known to be able to relieve you of these complications and is frequently found in dietary supplements. It could end up being exactly what you require for getting a restful sleep. Numerous Valerian root supplements are available in markets these days. However, the volume of valerian root in each capsule varies greatly. Studies suggest that it’s best to consume 300 to 600 mg of Valerian root before going to bed. This could prove to be one of the finest remedies for insomnia or any other sleeping problems. Immerse 2-3 grams of dried valerian root in water for about 20 minutes, to make tea. Valerian root may take up to two weeks of consistent use to start showing its advantages.

How Often Should You Schedule a Dental Cleaning?

The Benefits of Owning a Portable First Aid Kit