Is the IBPS PO Syllabus Different from Other Bank Exams? 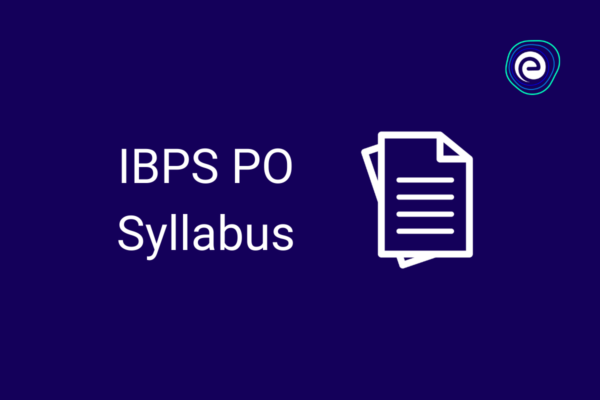 The Institute of Banking Personnel Selection (IBPS) conducts the yearly examination to recruit candidates for the position of Probationary Officers or PO. IBPS is also the governing body that determines the syllabus for PO examination under it. It is a common assumption that the IBPS PO syllabus is the same as that for other bank exams like SBI PO. The exam pattern for both exams remains the same, which is a three-stage process of

There are a few minor differences in the IBPS PO syllabus and the syllabus of other banks. This article details the differences and explains the syllabus for IBPS PO to help you prepare for the exam more efficiently.

If you’re looking forward to pursuing the position of IBPS PO, BYJU’s Exam Prep is the one-stop destination to help you prepare and ace the exam.

IBPS PO vs. Other Bank Exams

One of the key benefits of familiarizing yourself with the syllabus for the IBPS PO exam is preparing better. Whereas, the other advantages of knowing the difference in the syllabus are:

Difference in Syllabus for IBPS PO and Other Bank PO

The following table details the difference in the syllabus for IBPS PO and other bank’s PO:

The syllabus for Prelims for both IBPS PO and other bank’s PO, let’s say SBI’s PO remains the same:

IBPS and Other Bank PO Prelims

For some banks such as SBI PO, ECGC PO and other exams, the syllabus is mentioned below.

·      Descriptive section: The English Language writing section differs for both the exams in terms of marks weightage.

·      Final stage of the exam: The IBPS PO exam has an interview that weighs 100 marks. Whereas an SBI PO exam’s final stage includes a Group Exercise or a Group Discussion that weighs 20 marks and an interview round for 30 marks.

The IBPS PO exam syllabus is slightly different as compared to that of other banks in terms of weightage and group exercises or group discussions. However, the knowledge about the differences gives aspirants a major advantage of appearing for multiple bank PO exams like that conducted by SBI. It also allows candidates more time to plan and strategize better while improving on their shortcomings evaluated on the basis of the exams conducted before IBPS.

Despite the knowledge about changing patterns and the syllabus of PO exams, it is significant to select the appropriate resources to prepare for these exams. BYJU’s Exam Prep provides succinct, regularly updated, and informative study material to help aspirants crack the IBPS PO exams.