Not Just for the World’s Top Athletes: 5 Reasons Why You Should Consider Hyperbaric Oxygen if You Lead an Active Life 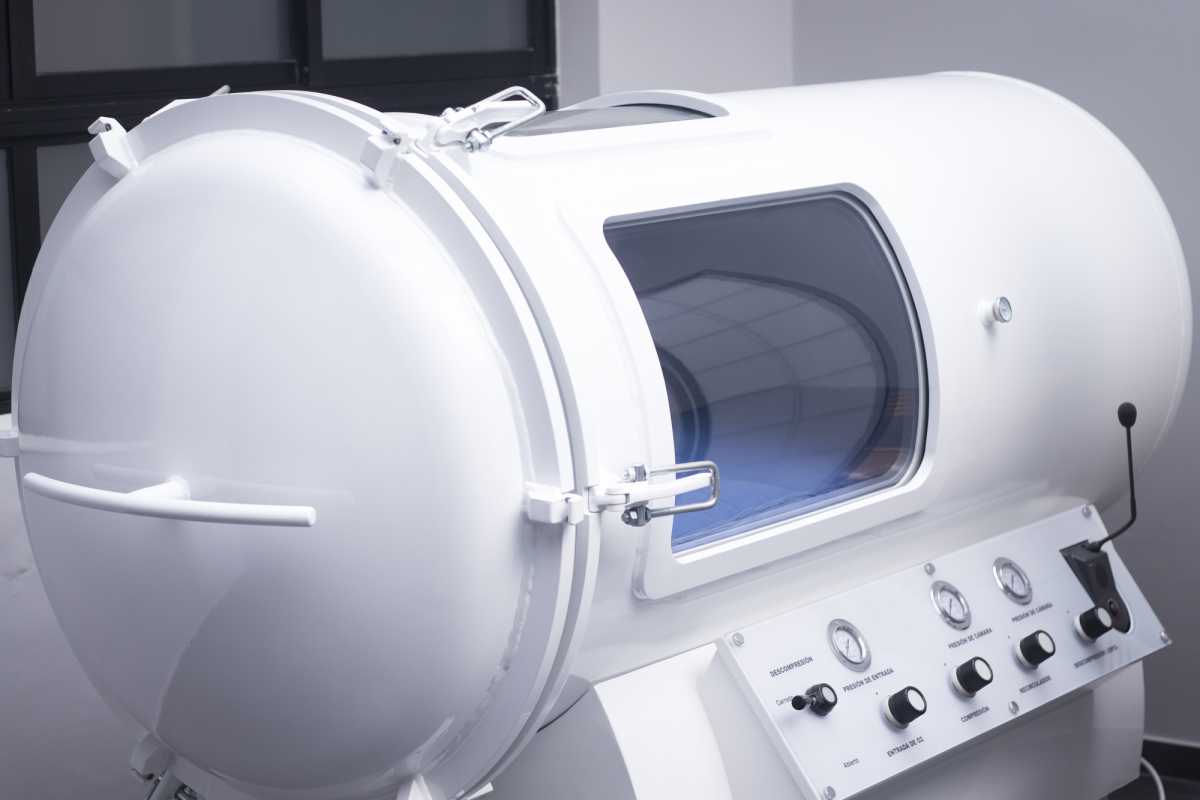 Did you know that physicians have been using hyperbaric oxygen therapy as early as 1877?

Back then, doctors didn’t really have a solid scientific understanding of how hyperbaric oxygen chambers worked, but nevertheless, they were able to observe how the additional oxygen was able to play a big part in the healing process. Today, doctors know all about the scientific details of this kind of therapy, including all of the hyperbaric oxygen therapy benefits.

The great thing about hyperbaric oxygen therapy is that it is a very versatile treatment and can be used for a variety of conditions and reasons. Besides healing wounds and burns, professional athletes also use this therapy to recover after intense training sessions or performances. By doing this, these athletes are able to take an extra step when it comes to taking care of their health.

Keep reading below to learn more about what hyperbaric oxygen therapy is and how it works.

What Is Hyperbaric Oxygen Therapy?

As mentioned before, hyperbaric oxygen therapy is a treatment that has been around for a very long time. Today, however, the treatment methods are much more advanced and effective than they were back in the day. You might be wondering what makes hyperbaric oxygen any different from ordinary oxygen.

After all, we all breathe oxygen every moment of every day. So, why doesn’t ordinary oxygen provide the same benefits as hyperbaric oxygen? The reason for this is that the air we breathe is not actually pure oxygen.

Instead, the air is mostly made up of nitrogen with a few other gases thrown into the mix. Oxygen only makes up a very small amount of the air, and yet it is the primary gas that we require for our body to function. When we breathe air, our lungs are able to act as filters to take oxygen into the body and expel the gases that we don’t need, such as carbon dioxide.

Without oxygen, our bodies would never be able to function. That’s because oxygen is very important when it comes to blood flow and the delivery of nutrients throughout the body. However, breathing ordinary oxygen can only help us so much.

But more than that, hyperbaric oxygen therapy usually uses a pressurized chamber filled with oxygen. This ensures that whoever is in the hyperbaric oxygen chamber is more enriched with oxygen than ever before. By breathing in this extra oxygen for a certain period of time, a person’s body is able to recover at a faster rate from injuries.

This is one of the many reasons people love this therapy.

How Does Hyperbaric Oxygen Therapy Work?

What is hyperbaric oxygen therapy (also known as HBOT) if not a way to give your body’s health and recovery rate a big boost? As mentioned before, an important characteristic of this therapy is that it involves pressurized oxygen. While the concept of breathing pure oxygen is important, the pressurization of the gas is equally important.

Why might that be, you ask? Because the oxygen is pressurized, your lungs will be able to inhale the gas easier than if it was not pressurized. In some cases, the air within a hyperbaric oxygen chamber is pressurized as much as three times higher than the air we usually breathe. While this may sound dangerous, it is actually very safe and highly beneficial for one’s health in short bursts.

The reason for this is that when we breathe air at normal pressure, our lungs are capable of only inhaling so much oxygen at one time. We can increase or decrease how much oxygen we are able to inhale at one time by changing our breathing patterns. For example, you can change how much oxygen you provide to your blood and brain by either hyperventilating or hypoventilating.

But whatever way you breathe, your lungs will still only be able to bring so much oxygen to your blood and brain. However, by pressurizing pure oxygen, you won’t have to put in as much effort to breathe in oxygen. Rather, the additional pressure will help to guide the oxygen into your lungs.

By doing this, your lungs will be able to inhale and distribute much more oxygen at one time. This is an important mechanism for hyperbaric oxygen therapy when it comes to healing wounds and treating various illnesses. But what does hyperbaric oxygen do to the body exactly?

The Effect of Hyperbaric Oxygen on the Body

As mentioned before, hyperbaric oxygen therapy can be very helpful for a variety of reasons, and those reasons don’t always have to do with injuries. For example, people who have developed decompression sickness (usually deep-sea divers who resurface too fast) can benefit from hyperbaric oxygen therapy. In some cases, this therapy can even save lives.

A doctor may also prescribe hyperbaric oxygen therapy to those who have gangrene. Gangrene is a serious condition that involves the decay of skin, muscle, and other tissues. It is often the result of an infection, but it may also occur as the result of certain health conditions such as diabetes due to poor blood flow.

It can be life-threatening if left untreated. Because gangrene has so much to do with poor blood flow, hyperbaric oxygen can do wonders for this condition by supplementing the unhealthy tissue with oxygen and nutrients through the blood. For a similar reason, hyperbaric oxygen is important for those who are suffering from carbon monoxide poisoning.

Carbon monoxide poisoning can be a deadly condition. It often results when people accidentally or intentionally inhale carbon monoxide fumes such as those from a car’s exhaust pipe. When this happens, it is important to provide as much oxygen to the body as possible so the body’s tissues and the brain are able to function as they should.

Finally, hyperbaric oxygen is very important for injuries, especially for those that have difficulty healing. Diabetics often develop ulcers on their feet and lower legs due to poor blood flow to those areas. Also, due to the poor blood flow, the ulcers take a long time to heal, but with hyperbaric oxygen, they can heal at a much faster rate.

But what about athletes? How can hyperbaric oxygen therapy benefit them?

Hyperbaric oxygen therapy for athletes can make a big difference because, after all, athletes do tend to get injured a lot. No matter the sport, soccer players, basketball players, football players, and so on will all sustain an injury at some point. The problem is that athletes need to be ready to train and participate in matches at all times.

If they get injured, this can be a huge setback for them. In some cases, if the injury is severe enough, they might even have to miss out on the big game that they’ve been training for. Fortunately, however, hyperbaric oxygen can heal injuries faster than many other treatments.

By improving the body’s blood flow and the body’s ability to distribute nutrients to muscles, skin, and tendons, hyperbaric oxygen therapy can heal an athlete’s injury in no time. This therapy could make all the difference between an athlete being able to play in the next big game or being kicked from the team.

Of course, hyperbaric oxygen can’t fix an injury immediately, especially if the injury is very serious. However, it should be able to mend most injuries faster than if the athlete did not use hyperbaric oxygen therapy.

But the benefits of this therapy for athletes don’t stop there.

2. You Can Use It to Supplement Your Muscles

It’s no secret that athletes need to train their muscles in order to reach the level of professionalism and skill that is required to play at important matches. When you train your muscles this way, you are actually damaging the muscle tissue on a microscopic level. That’s why after an intense workout session, your muscles feel sore and might even feel painful.

When you exercise, you are breaking down your muscle fibers to a certain extent. This may not sound great, but it is the way that athletes are able to get larger, stronger muscles. That’s because once the muscles break down, they will eventually build themselves up stronger than ever before.

But the problem with this is that this process can take a while. More than that, the soreness can be an issue when it comes to training every day. Fortunately, hyperbaric oxygen therapy is the answer.

By providing more oxygen to the muscle fibers, the fibers will be able to build themselves up faster than before. This is especially important for athletes who need to train hard in a short period of time.

After intense exercise sessions and especially after injuries, athletes tend to experience swelling of their muscles. This swelling can get so bad that it can be difficult for them to move their limbs, let alone train. The swelling is a result of masses of white blood cells flooding into the injury site.

Hyperbaric oxygen therapy can also be great for treating and preventing muscle cramps. Muscle cramps happen when the muscles become deprived of oxygen. By supplementing the body with pure oxygen, an athlete won’t have to deal too much with this problem anymore.

Because athletes train so much, it’s only natural that they would get tired at some point. However, many athletes can’t afford to get tired and rest because they still have more training to do or they might have a big game ahead of them. For that reason, athletes will need to maintain a high level of energy for a certain period of time.

An athlete’s muscles would also become physically tired after a lot of exercise. This exhaustion is due to the buildup of lactic acid that results from not enough oxygen flowing into the muscles. This can lead to soreness and muscle cramps, but hyperbaric oxygen therapy can help.

By giving the body’s oxygen levels a boost, the athlete will be filled with energy like never before. This can be ideal if the athlete has a long and intense match ahead of him. It can also reduce any soreness and muscle fatigue the athlete might experience during the match.

The brain relies significantly on the presence of oxygen. Without enough oxygen in the brain, a person would faint. However, too much oxygen is also a bad thing and can lead to oxygen toxicity.

Fortunately, hyperbaric oxygen therapy provides the perfect balance of oxygen to the body. By providing the brain with an extra boost of oxygen, an athlete will find that his mind is clearer than without the extra oxygen. This is important when the athlete needs to make quick decisions and needs to stay focused during training or during an important match.

Everything You Need to Know About Hyperbaric Oxygen Therapy

If you’re wary about the idea of trying hyperbaric oxygen therapy, you shouldn’t be, especially if you’re an athlete or an active person in general. After all, this therapy isn’t just for athletes but for anyone who wants to benefit from the effects of pure oxygen.

Hyperbaric oxygen therapy is a great option if you need to give your muscles a boost or if you need to recover from an injury in a short amount of time. To learn more about similar topics, explore the health articles on our website.

So You Want A Swim Spa?

The Latest Weight Training Strategies That You Should Use Today

4 Great Reasons to Learn to Play the Violin

Employee Empowerment: The What, Why, and How!