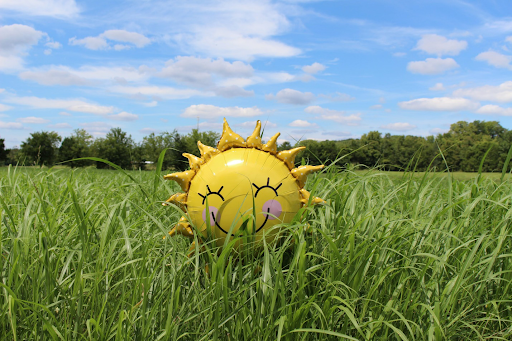 Vitamin D is also involved in the mineralisation of bone tissue and the regulation of calcium and phosphorus metabolism. Calcium and phosphorus are two elements that are essential for the proper functioning of teeth and bones, vitamin D supports their absorption and use in the body. It is estimated that continuous intake of this vitamin reduces the risk of bone fractures by up to 40 per cent. In children as well as adults, vitamin D is responsible for the formation of teeth and bones, their density and mineralisation. It plays an important role in ossification processes and the formation of compounds necessary for bone formation. Women are particularly at risk of bone mass loss, or osteoporosis, and are consequently more susceptible to fractures. Vitamin D helps to absorb calcium and transport it to the bones to maintain bone quality.

Studies have shown that low levels of vitamin D affect blood sugar levels. The lower the vitamin D levels are, the higher the sugar levels are. It has a stimulating effect on insulin secretion and maintains normal blood glucose levels, which helps to prevent type 2 diabetes. Optimal blood sugar levels are particularly important for diabetics, as there is a risk of diabetic complications such as cardiovascular, kidney and eye disease.

Along with iron and folic acid, vitamin D is a very important component needed for the proper prenatal development of the baby. Improper diet, avoidance of sunlight, lack of supplementation makes pregnant women particularly vulnerable to insufficient serum vitamin D3 concentrations. Women with significant vitamin D deficiencies may also be at risk of gestational diabetes, and the baby is sometimes more susceptible to bone fractures, autoimmune, metabolic and vascular diseases.

Numerous studies confirm that adequate levels of vitamin D affect the burning of body fat faster than in people with vitamin D deficiency. This may be caused by cortisol, the stress hormone, which is responsible, among others, for the accumulation of fat tissue around the waist. Vitamin D together with calcium reduce the production of cortisol. In addition, when vitamin D levels are normal in the body, more leptin, a hormone responsible for the feeling of satiety, is secreted.

Usually, vitamin D deficiency is caused by insufficient exposure to the sun, but in autumn and winter the production of vitamin D in the skin is insufficient. Vitamin D can also be absorbed with meals, the best sources being fatty fish, milk and egg yolks. Unfortunately, only 20 per cent of the vitamin D requirement can be met from food.

Vitamin D deficiency is dangerous for the elderly, primarily causing problems with the functioning of the autoimmune system, while in children it can lead to irreversible defects in posture. Vitamin D is also linked to the development of one of the most difficult to treat diseases, namely Hashimoto’s disease. Symptoms of this disease are mainly depression, large fluctuations in body weight, sensitivity to temperature changes, hair loss, rapid fatigue, memory loss and muscle weakness. Vitamin D3 supplementation is important in this case – its beneficial and multifaceted effect on the body, also preventive, can prevent the development of Hashimoto’s.

Vitamin D deficiency in the body of children and adolescents threatens rickets and bone softening. Vitamin D for adults is particularly important because its deficiency can also result in very serious diseases such as type 1 diabetes, bladder, colon and breast cancer, multiple sclerosis and Crohn’s disease.

Vitamin D3 deficiency can also cause sleep problems, fatigue, joint pain, muscle cramps, difficulty concentrating and headaches. These symptoms should be consulted with your doctor. It is believed that the normal level of vitamin D3 is more than (or equal to) 20 mg/ml, while a value below 12 mg/ml can lead to osteomalacia, i.e. insufficient bone mineralisation.

If we supplement vitamin D3 then we must provide vitamin K2 from food (pickles, cheese). Vitamin D3 and K2 work synergistically together with calcium and magnesium. Especially vitamin D3 and K2 must go hand in hand, because the biological action of K2 is impaired by the lack of vitamin D3. It turns out that a vitamin K2 deficiency can be just as dangerous as D3, it can cause bone brittleness or disorders in the vascular system.

In the case of vitamin D3 deficiency, the symptoms may have a different cause, which is why testing is so important to rule out this possibility. However, for preventive reasons, it is a good idea to maintain adequate vitamin D levels throughout the year.

Vitamin D for babies and children

It is estimated that only 10% of children and infants in Poland receive the correct dose of vitamin D. The statistic is particularly alarming if we take into account how important vitamin D is for a child whose body needs it for proper development. Calcium, which is the most important building block of our bones, can only be absorbed by the body with the help of vitamin D, which also has a beneficial effect on the absorption of phosphorus, equally important for the bone tissue. If vitamin D is deficient, calcium is unfortunately excreted through the urine, and insufficient calcium for the growing bones of an infant or child has serious consequences. One of these is the possibility of rickets. In addition, when the first teeth erupt, it may be that the milk teeth have an abnormal structure, or they simply erupt broken.

However, bone and tooth development are not the only key areas related to the positive effects of vitamin D on the child’s body. For infants who are particularly exposed to harmful bacteria and viruses, the effect of vitamin D on immunity levels is very important. At this time of life, even a minor cold can be a serious threat to an infant’s health.

In addition, vitamin D has a beneficial effect on the baby’s nervous system, heart and hearing. The decrease in calcium concentration in the blood due to insufficient calcium absorption by the body as a result of vitamin D deficiency leads to muscle dysfunction. What is also very important, it alleviates inflammations of the skin, which in the case of babies and children still wearing nappies are basically an everyday occurrence and cannot be avoided altogether, even if the baby is changed regularly.

The answer to the question of whether children and babies should be given vitamin D supplements is therefore obvious. Without it, their proper development is endangered, while the young organism customarily does not produce sufficient amounts of this important component on its own, especially in our latitude, where the exposure of the body to sunlight for most of the year is not sufficient for this purpose.

Paradoxically, although the human body produces vitamin D on its own, it is one of those micronutrients whose deficiency most often becomes our share. It is very important here that the number of sunny days, during which we additionally expose larger areas of our skin to radiation, is relatively low in the Polish climate. In addition, products that are rich sources of vitamin D are not among the most common in our diet. So how to solve this peculiar paradox?