What is a Business VPN?A Complete Guide 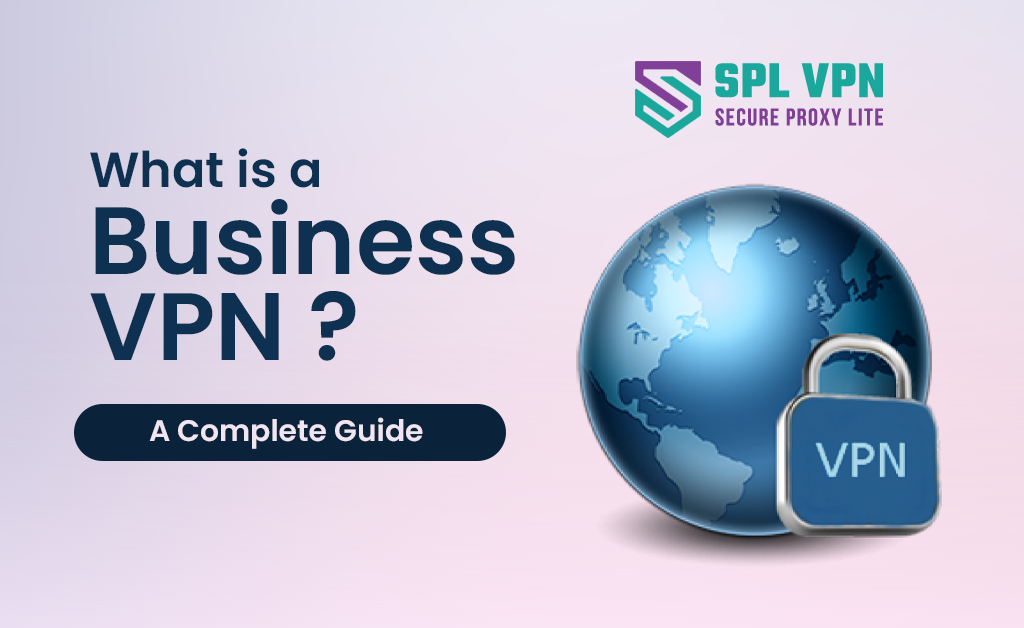 A VPN or Virtual Private Network, functions as a key privacy tool by creating a private network from a public internet connection. By doing so, a VPN gives you online privacy and anonymity. It also minimises cyber threats by encrypting all your data and information from the prying eyes of cyber criminals. In this age of online everything, businesses ranging from small to large scale, organisations, and marketing professionals need to protect their online space. An advanced and easy-to-use free Android VPN is necessary for securing the user’s online privacy.

Most of them are constantly searching for cyber security experts to protect their privacy. Cyber security specialists use VPNs as one of the tools. They are not just useful for business, but they are also useful for personal usage. Professional VPN companies, in addition to hiding your IP address, frequently provide even more security features than the server.

Without any doubt, we can surely claim that VPNs are extremely needed in today’s world, both professionally and personally.

What Exactly Is a VPN?

Users can avoid website trackers, which can collect information such as a user’s location, by switching to a VPN. Paid VPNs and free VPN for Android, as well as some good free VPN versions, frequently have a no-logging policy. Users have complete privacy because the services themselves run on RAM-only servers, preventing any storage of user data beyond a standard temporary scale.

Your media habits, like any other internet-connected device in your home, are subject to monitoring by your ISP, malicious snoops, and Uncle Sam. With the help of the VPN, drawing the encryption curtains on would-be peepers isn’t too difficult. Your ISP doesn’t need to know what you’re watching on Netflix, or live football matches using a VPN. VPN technology is widely used in business settings. Many people all around the world use VPN services to conceal their identity.

When it comes to business, you need a reliable VPN service. A business VPN is exactly what it sounds like: a VPN connection that businesses and other professional organisations use to securely connect their remote workforces and branch offices to the applications, data, tools, and resources they require to perform their jobs.

To secure their corporate networks, many organisations rely on traditional perimeter security models. Here comes the advantage of business VPN. Business VPNs supplement perimeter security practices by providing remote workers and branch office employees with a virtual network through which they can access the corporate network from anywhere in the world using a public or private internet connection.

Advantages of the Business VPN over the Perimeter Security Model

By using a perimeter security model, a company’s IT team employees can connect to the corporate network within the organisation’s physical structures and locations. However, a business VPN helps branch office employees, remote workers, or staff travelling outside the secured corporate perimeter with secure network connectivity while they work from anywhere.

As the name implies, Remote Access VPN enables remote users to secure access to their organisation’s infrastructure. A remote access VPN is a temporary connection established between users and headquarters for the purpose of gaining access to data centre applications.

A remote access VPN is a temporary connection established between users and headquarters for the purpose of gaining access to data centre applications. It also encrypts all traffic sent and received from the network infrastructure by remote employees, allowing them to securely access and use applications, data, tools, and resources located in the corporate data centre and headquarters.

IPsec stands for Internet Protocol Security. It is a set of protocols that secure network communications across IP networks. IPSec could be used for a Remote Access VPN connection. But it is also common to use SSL VPN (Secure Sockets Layer VPN). SSL VPN allows its individual users to access an organisation’s network without the need for specialised software.

A remote access VPN provides secure access by establishing a “virtually private” tunnel between an organisation’s network and a remote user, even if the user connects to the network via a public internet connection.

Even Though the network connection is public, the network traffic is encrypted making it inaccessible to any eavesdropper. When data goes beyond the corporate network between the secure perimeter and remote workers, remote access encryption features reduce organisational concerns about data manipulation or interception.

However, the major drawback of a remote access VPN is that it never optimises or secures cloud-based applications. Organisations with a remote workforce need the right network security architecture and solutions to combat optimization problems while accessing the internet in public, private or hybrid clouds.

A site-to-site VPN is a link between two or more networks, such as a corporate network and a branch office network, as opposed to a remote access VPN, which connects user’s devices to an organisation’s business network.

Many businesses choose site-to-site VPNs over private multiprotocol label switching (MPLS) circuits because they can use an internet connection for private traffic.

Site-to-Site VPN is very useful for companies with multiple offices in different geographic locations. A site-to-site VPN allows a company’s corporate network to securely connect with its remote offices, allowing them to interact and share resources as a single network.

Unlike Remote Access VPN, Site-to-Site VPN is a permanent connection intended to function as an encrypted link between offices or sites. Normally, this connection could be set up as an IPsec network connection between networking equipment.

The major difference between business and personal VPN is whether users connect their devices to a corporate network or a personal network. If you work in a company, it is quite usual for you to have to connect to your employer’s VPN in order to access employer-related applications, resources, or data.

They could also connect to the corporate network using their personal laptops or devices if those devices have a VPN agent installed to facilitate this connection. So, a business VPN is essential for business-related purposes.

A personal VPN is for individuals who want to access applications, resources, and data based on their own interests or needs. Most people use personal VPNs for a private network connection to keep their internet browsing private when connecting online with an internet service provider (ISP) or public Wi-Fi.

This shows the popularity of Business VPNs among users all over the world.