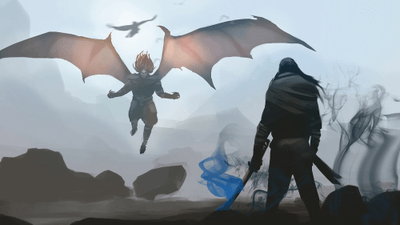 Diablo Immortal is finally available for players in the Asia Pacific region. What can gamers expect from this MMO ARPG?

Players from Southeast Asia can start creating Diablo Immortal accounts beginning July 8. The MMO ARPG is finally available in Hong Kong, Indonesia, Macao, Malaysia, The Philippines, Singapore, Taiwan, and Thailand after the regional release for the new Diablo game was delayed. Developers focused on optimizing and enhancing the overall experience for the SEA region while setting up a region-focused server.

The latest Diablo game was initially slated to be released on June 22 for the Southeast Asian Region. Blizzard announced that the postponement was necessary to fine-tune the game, so gamers can fully enjoy farming Diablo Immortal Items. Here are the improvements that the developers made:

Due to the delay, players from the SEA region will receive a compensation package. The giveaway will contain one piece of Legendary Gear, 100 Scrap Metals, and 10 Enchanted Dust. These items can be claimed in the inbox of the game.

Aside from the optimizations of several features, Blizzard has also stated that players in the Asia Pacific region will be utilizing dedicated servers dedicated to the area. The developers hope this decision will improve connectivity and prevent latency issues.

While the game is available on Android and iOS, a beta version of Diablo Immortal is now available for Windows PC. Players who complete the game’s tutorial within the next 30 days will be eligible for the ceremonial Horadrim Cosmetic Set for their character. There have been no further details on whether the game will eventually be for Mac OS.

Players in the SEA region looking to play the game should ensure that their devices are compatible with the MMO ARPG. Fortunately, Diablo Immortal is not that demanding in terms of specifications. Here are the system requirements for each platform:

There are no announcements yet on whether the game will be available for Mac OS, but players can assume that there is a high chance for this to happen since the game is already playable on iOS. While both Mobile and PC Beta will be available for most regions, fans in Vietnam are only limited to the PC version of the game. It is unclear when Diablo Mobile will be fully functional in this country.

Players should also note that launching the game on mobile will allow access via guest accounts if they don’t have their own. However, gamers planning to play the MMO ARPG on PC must have a Battle.net account.

What is Diablo Immortal About?

Diablo Mobile is the latest title in the franchise following Diablo 3. Immortal is also the first mobile game of the series. The game’s story is set during the events between Diablo 2 and Diablo 3. The MMO ARPG mainly focuses on players fighting the threat posed by the endless waves of minions of Skarn, the Lord of Damnation. The setting is still in the world of Sanctuary.

Veteran gamers will be familiar with most of the UI and gameplay of the MMO ARPG, and newer players won’t have a hard time entering Diablo Immortal. Fans can choose between various classes: the Barbarian, Crusader, Demon Hunter, Monk, Necromancer, and Wizard. Many more iconic Diablo jobs will soon be available in future updates.

Despite the delay, many gamers are keen on playing the latest Diablo game. Fans from the Asia Pacific region should find that farming Diablo Immortal items are much smoother due to the optimizations. Create a character and enjoy the world of Sanctuary!